Get the Best Idea to Visit Assam Wildlife Sanctuary

Assam wildlife sanctuary is known as a mixture of a variety of flora and fauna. The state also consists of biodiversity zones in the world, the tropical rain forests, deciduous forests, riverine grasslands, bamboo orchards, and numerous wetland ecosystems had made Assam as a Paradise.

Wildlife Sanctuary is one of the protected areas where the animals are kept reserved for the conversion of only animals and human activities like harvesting of timber, collecting minor forest products and private ownership rights are allowed as long as they do not harm any animals.

The more you know about Assam more you love to visit, located in the south of the eastern Himalayas along with the Brahmaputra River Valley, Assam is one of the beautiful and most visited places of North East India.

Assam shares international borders with Bhutan and Bangladesh the state comprises of a host of explored unexplored sanctuaries and national parks.

Assam became a part of British India after the British occupied the region following the First Anglo-Burmese War of 1824–1826. Assam is well known among the many wildlife holiday destinations in North East India.

A state is covered with the seven sisters like Arunachal Pradesh, Nagaland, Manipur, Mizoram, Tripura, and Meghalaya. The state comprises of a host of explored unexplored sanctuaries and national parks.

Assam is renowned for its lush green tea garden and another is for One Horned Rhinoceros, to explore all these lots of people from all the corners loves to visit Assam.

The state has its own natural beauty that gives you a chance to explore the stunning and marvelous historical places, along with the tourist places Assam also gives a chance to delve into the rich culture and the colorful festivals make your tour more interesting and mesmerising. Its boosting tradition, culture, arts crafts has made Assam unique places for visitors.

Why Assam is called home for the wildlife sanctuaries

Assam is called home to several wildlife sanctuaries and national parks because among the other state or country Assam is only the state that had protected varieties of animals that are not found in another state.

Where the tourists have the most thrilling experience encountering wonderful creatures in their natural habitat. The many wildlife sanctuaries in Assam provide shelter to a large number of wildlife right from the Golden Langur, Bengal Tiger to the one-horned rhinoceros.

How much wildlife Sanctuary is there in Assam

There are mainly 18 Wildlife Sanctuary and 5 National Park in Assam, other than Kaziranga National Park, Manas National Park are declared as one of the UNESCO World heritage sites.

Now let’s move towards some of the National Park and the Wildlife Sanctuaries of Assam.

Kaziranga National Park is located in Golaghat and Nagaon districts of Assam, covering an area of about 430 sq Km along the river Brahmaputra on the North and the Karbi Anglong hills on the south, these park is one of the oldest parks in Assam

Kaziranga National Park, a World Heritage Site and a Tiger Project is famous for the Great Indian one-horned rhinoceros. Other residents of the park include elephants, Indian bison, four species of deer, tiger, leopard, capped langur, wild boar, hoolock gibbon, etc and a host of resident and migratory birds.

Amongst the birds, the crested serpent eagle is common while palla’s fishing eagle and gray-headed fishing eagle are frequently seen. Others include the Great Adjutant Stork, crane, Bengal florican, bar-headed goose, whistling teal, and pelican.

Distance from Guwahati to Kaziranga is about 5 hours journey by car. The park is open from November to April.

Manas National Park is UNESCO Natural World Heritage site, a Project Tiger Reserve, an Elephant Reserve and a Biosphere Reserve in Assam, India. Located in the Himalayan foothills, it is contiguous with the Royal Manas National park in Bhutan.

The park is known for its rare and endangered endemic wildlife such as the Assam Roofed Turtle, Hispid Hare, Golden Langur, and Pygmy Hog. Its core area is 500 sq Km and records 60 species of mammals, 350 species of birds and its diversity of habitat is very high.

The time that takes from Guwahati to Barpeta by road is maxed 5 hours and from Barpeta road to Mathanguri camp, takes maximum of 1 hour. October and May are the best time to visit Manas National Park.

The distance from Tinsukia town is 10 km and from nearest Dibrugarh airport is 54 km. From Guwahati, the distance is 510 km, 12 hours by road. Dibru-Saikhowa is one of the biodiversity hotspots situated in the south bank of the river Brahmaputra in the extreme East of Assam state in India. Dibru-Saikhowa, which has an area of 340 sq km, is among the most vibrant wildness on earth and is also distinct for her pristine scenic beauty. Situated in the flood plain of Brahmaputra, Dibru-saikhowa is a safe haven for many extremely rare and endangered species of Wildlife.

The forest type of Dibru-Saikhowa comprises of semi-evergreen forests, deciduous forests, littoral and swamp forests and patches of wet evergreen forests. Famed for Feral horses, a total 36 species of mammals and above 400 species of birds have so far been recorded from the Dibru-Saikhowa National Park. Tourist can visit these places in the month of April and October.

Namdapha National Park is one of the avifaunal most diverse areas in the World. The wide altitudinal range (200 to 4571 m MSL) supports a huge diversity of habitats.

Over 500 species of birds are recorded here including a large number of rare, endemic and restricted-range species of global conservation importance. It is also one of the few Indian Protected areas with five species of Hornbills. The best time to visit Namdapha National Park is in March to November.

Nameri National Park is located in the sonitpur district of Assam. Nameri shares its northern boundary with the Pakhui Wildlife Sanctuary of Arunachal. Its area is 203 sq km.

This is an excellent elephant country and ideal habitat for a host of other animals including the tiger. It is also home to the Leopard, Bison, Sambar, dhole (the Asiatic wild dog), Hog Deer, Muntjac, Wild Boar, Sloth Bear, Himalayan Black Bear, Capped Langur, Indian Giant Squirrel, etc.

Nameri is a bird paradise with over 300 species of birds — including the white-winged wood duck, four distinct species of Hornbill, Blue-bearded Bee-eaters, Babblers, Plovers and more.

A tour without exploring the above park will be incomplete, so do not miss these opportunities.

Wildlife sanctuaries where you can delve into are like

Hoollongapar Gibbon wildlife Sanctuary is an isolated region of Assam, and one of the best places that attract tourism, this sanctuary is located is surrounded by tea gardens and long stretches of grasslands.

This wildlife sanctuary consists of rich biodiversity, here you can find the hoolock gibbons, and Bengal Slow Loris, Northeastern India’s only nocturnal monkey.

Bura-Chapori Wildlife Sanctuary situated in the wonderful place of Assam, covering the moderate expanse of 44.06 sq km in Sonitpur district.

East Karbi Anglong Wildlife Sanctuary has an exotic flora as well as rare species of wild animals and birds. The reserve is used to protect and preserve variegated species of resident and migratory birds.

Assam a state is itself gifted with a wide range of flora and fauna. There are numerous wildlife sanctuaries in Assam. this sanctuary is located 25 km from the Nagaon District of Assam, Laokhowa is one of the best wildlife Sanctuary which is also called as a home to the innumerable home for the bird’s species and animals.

Other wildlife sanctuaries that you can explore in Assam are like

So, get the best idea to visit Assam wildlife sanctuary and make your next tour more interesting and amazing. 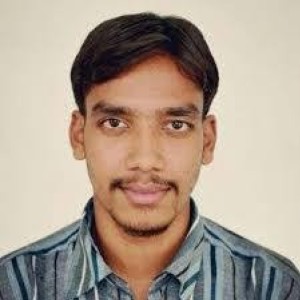 5 Destinations to See the Classic Blue Pantone live in 2020

Luxury Travel on a Budget is it Possible

How the Golden Triangle India Tour Is Defined?